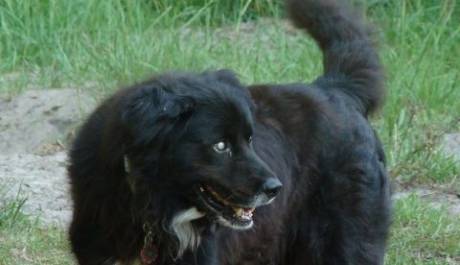 Your donation will help Cole recover.

ELIZABETHTOWN, NC......COLE is a sweet older 9 year old gentleman that was brought into a shelter in Elizabethtown, NC.  He was emaciated, BLIND from eye infection and cataracts, loaded with parasites and had a terrible case of Sarcoptic Mange and secondary infections.  He was a mess.  Another rescue was called in to try and save him.  He was picked up and taken to the vet but he needed to be saved long term and needed to get all of his medical needs met before he could even begin to think about a new life.  We brought him to our vets in South Carolina and have begun his long term care.  I was amazed he was still alive in the horrible condition he was found in.  He was a stray that was brought into the shelter.  He has obviously been this way for a long time in horrible pain and not knowing where he was since he can’t see.  If he sees anything at all it is just shadows.  We have no indication that he can see much at all by the way he gets around.  He is very fragile right now.  He is borderline anemic from being starved and all of the parasites he had.  Sweet COLE wants nothing more than a warm bed, someone to pat him on the head and something to eat.  He is not a big eater but that should change once he starts to feel better.  Slowly we are getting weight on him and he is getting more comfortable in his surroundings.  Older animals give us a lifetime of love and affection and now it is time for this sweet older Gentleman to get what he has always given....Unconditional LOVE.

Look at how much better COLE looks.  He is smiling for the first time since we got him.  He is still being treated for the mange and for lots of secondary infections but his spirits are good and he is finally feeling safe in his surroundings.  He is a wonderful dog that has been so mistreated.  Once we get him over the mange and get a really good idea of his real age we will have him see an eye doctor to see what they can do for his cataracts.  If they say he is a great candidate then we will send around another chip-in for the surgery.

COLE  is getting better each day.  He is so happy to be outside.

Cole is doing incredible.  His eyes are better and his skin is a lot better.  He loves being outside and if he is in an area without trees, he will just run all over the place without worrying about running into something.

Look how wonderful Cole looks.  When he is finished with his heartworm treatment we will be doing his eye surgery if he is a candidate.

COLE has been adopted and is in the most incredible home along with Shasta. 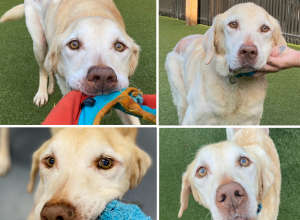 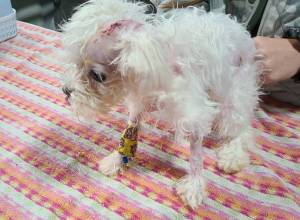