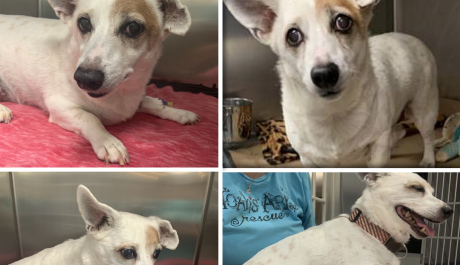 Help Us, Help Him!

GREENVILLE, SC.....Adorable Patches was brought to the Vet by his owners. He is a Jack Russell Mix they said was 12 years old. His records say he was obese at the time and had a bad heart murmur and would not eat. They gave the family meds with strict instructions on how to provide them, and over the next five months, he was brought back to the Vet several times.

Going over all of the records, it was noted the Family refused to follow the instructions and even overdosed his on some meds and underdosed him at other times. Their excuse was they did not have a pill cutter, so they just gave him the whole pill. Patches was in terrible shape and continued to have stomach issues which they were not treating. They finally said it was too much for them and wanted her euthanized.

We stepped up when Greenville sent us a note begging for help, saying they did not want to euthanize this sweet dog. He was initially diagnosed with a collapsed trachea and a grade 4/6 heart murmur. We had him taken to CVRC in Charleston where he was admitted to ICU. Patches was now emaciated from lack of eating. He was in horrible pain and would not allow anyone to touch him. This poor dog had been sick for almost six months and was made sicker by the Owners, not following his Medical instructions.

After lots of tests and diagnostics, it was determined Patches had one of the worst cases of Pancreatitis they had ever seen. He was immediately put on a heavy dose of morphine to get him comfortable. It took the ICU Team several days to even come close to controlling his pain. For those of you that are not familiar with Pancreatitis, the pain it causes is unbearable for humans and animals.

In a dog with Pancreatitis, the enzymes activate when they're released, inflaming and causing damage to the pancreas and its surrounding tissue and other organs. The enzymes can actually begin digesting the pancreas itself, which causes extreme pain to the dog. On top of the pain, dogs give up eating.

Patches was in horrible shape. We had to get him feeling better so he would eat but the drugs we needed to control the pain, made him not want to eat. For one solid week, every Internist in ICU was working on Patches. He wanted nothing to do with anyone because he felt so bad. On around the fifth day, he began to get a little relief from the pain and all he wanted to do was sleep. He was not thinking about food so that now had to move up to a top priority.

After a week of not wanting to eat, it was decided he needed a feeding tube. The day they were going to put in the tube, he finally felt well enough to eat and has slowly gotten his appetite back. Patches was eventually taken off all IV meds, which helped with his appetite. He slowly began to put his weight back on as his stomach pain improved.

Diagnostics were done, and Patches did not have a collapsed trachea. What he did develop during all of his episodes of nausea was pneumonia from aspirating bile. We now had to add that to the list. I look at Patches bills and am amazed at the pages and pages of pills it took to stabilize this special pup. I am not a pill person, but this is what it took to save him. The pneumonia was a minor blip in the scheme of things.

Dr. Sophy Jesty did a full Cardiology work up and decided he did not need to be on any heart meds for her heart murmur. She felt a lot of it was from his lack of food and his physical condition. He will need to have his heart checked each year during his annual physical.

It has been almost a month, and I am happy to say, sweet, adorable Patches is finally over his Pancreatitis. He loves everyone he meets and every dog he sees. How anyone could have allowed him to get in the shape he was in and then not treat him when the medication was supplied is unforgivable. There is no excuse for any animal to suffer the way he has.

Patches has lived a terrible Life. His Owners did not get their Wish to Euthanize him. This sweet, loving pup is supposed to be twelve years old, but to us, he acts more like two. He has one adorable ear that stands up and one that points down from a dog fight or something similar. Everything about Patches is adorable. He and Archer have become best buds and love playing and sleeping together.

For weeks, we did not think he was going to live. Patches proved us wrong by not giving up. He took the pain and suffering and came out the other side a much healthier dog ready to play and love everyone he meets. He forgot about his other Family, the minute they left him. Patches is going to make the best Family dog for someone special. Now, we have to pay his bills. Please, Donate whatever you can so we can help more dogs like Patches get well and find a fabulous Home where they are loved and nurtured. 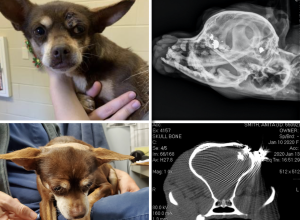 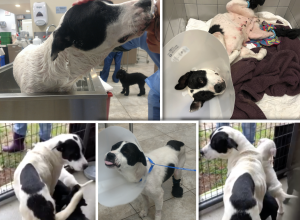 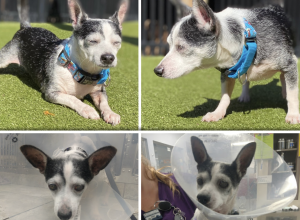 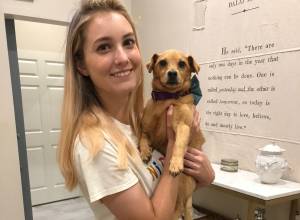 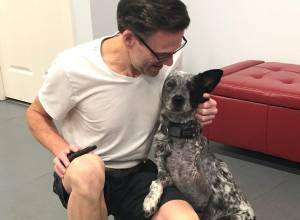 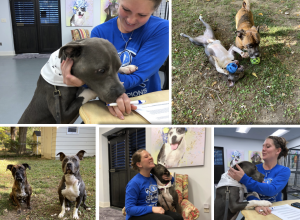 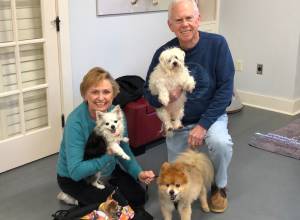 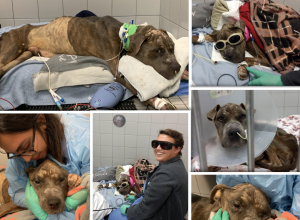 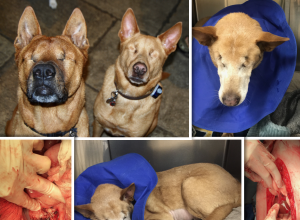 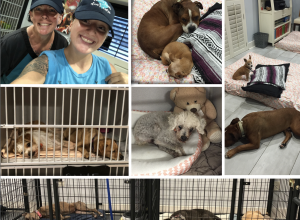 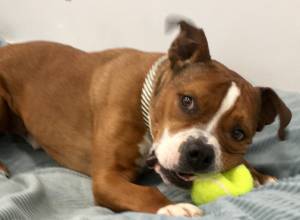 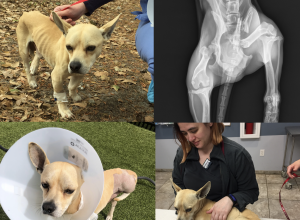 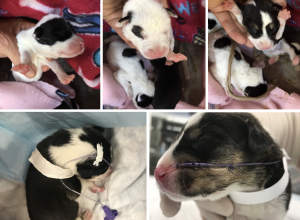 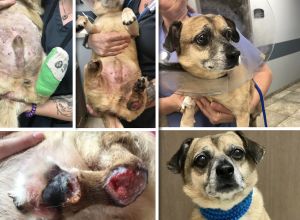 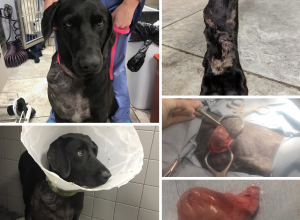