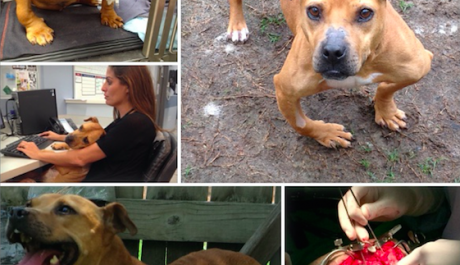 SAVANNAH, GA......Have you ever had a dog that had been abused so badly, that one look stole your heart forever.   That is how I felt about Lil Mama the first time I laid eyes on her.  Lil Mama is a six-year-old Tiny Pitbull that is called a Pocket Pitty because of their size.  We were asked to save her six months ago when her Owner was incarcerated.   The owner got out and was demanding his dog back.  She was his Prime Breeder for fighting dogs in the South.   Lil Mama had to disappear and needed extensive medical care because of the years of abuse she had endured.   She was covered with old scars and wounds on her neck and legs.  Her legs were deformed from being confined to a kennel that was too small for her.  We believe her feet are deformed from not being allowed to get out and to be forced to go to the bathroom through the wire mesh she was forced to stand on day in and day out.   She was forced to breed repeatedly year after year.  Her front top and bottom teeth minus her large canines have been pulled out or been filed down.  The pads of her feet come off because of the limb deformity she has.  They have done something to her Vocal Cords so she cannot bark even a tiny bit.  She does not have the ability to bark or to bite to defend herself.   The LIST goes on and on.  This amazing little dog can only take a few steps and then has to lay down from the pain of her legs.

We were told we could not post for her until at least six months had passed and to keep her safe in the meantime.   We have done that, and now we are letting everyone know about this amazing little girl.   Lil Mama had terrible heartworms when we rescued her, and it prevented her from having any surgery because of the condition of her heart.  For six months, she has been under the care of a Specialists to rid her body of the heartworms without damaging her heart any further.  During this time, we have done extensive rehab to get her body ready for her leg surgeries.  As her Surgeon said in her note, "Does not have a leg to stand on," applies to this wonderful little dog.   She has bilateral cranial cruciate ligament (CCL) tears and bilateral grade 3 out of 4 medial patella luxations. She is muscle atrophied on both rear legs, more on the left. She is also painful on the left stifle on hyperextension. We chose to do the most painful areas first which are the CCL and the Luxating Patella on her left rear leg.  During all procedures that require anesthesia, Lil Mama is supervised by her Cardiologist.   We are taking baby steps all along the way to make sure her Life is not put at risk due to her heart condition.

This amazing little dog is the best Mascot for Pitbulls all over the World.  She does not have a mean bone in her body.   She never complains even when she is in terrible pain.  She loves sitting in your lap leaning against your body and falling asleep.  Everyone that meets her is moved to tears because her body is so deformed.  Once you spend two seconds with her, you soon realize you are looking at the most beautiful little Angel you have ever seen.   Lil Mama loves everyone unconditionally.   When they took away her ability to defend herself,  she did not give up or give in to the torturing.   She accepted it and never complained.   No one will ever hurt this little girl again.  I have protected her for the past six months and will protect her for the rest of her Life.   Animals like Lil Mama are easy targets for the cruel, evil people that torment and abuse.

We need all the help we can get to put back the thousands of dollars that have already been spent and the thousands we are going to spend to get her walking as pain-free as possible.  She will be having surgeries only when we think she has healed and is out of pain before we move on to the next leg.  There is a point of no return when an animal's legs are bent as much as her legs are.  She is at that point which is why she is now tearing ligaments and muscles.

Please, DONATE to this amazing little dog every time we send a note around about her.  If you can't donate, then please, send to all of your animal loving friends.   We are giving Lil Mama what she gives freely, unconditional LOVE. 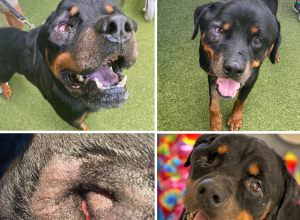 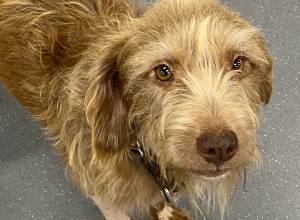